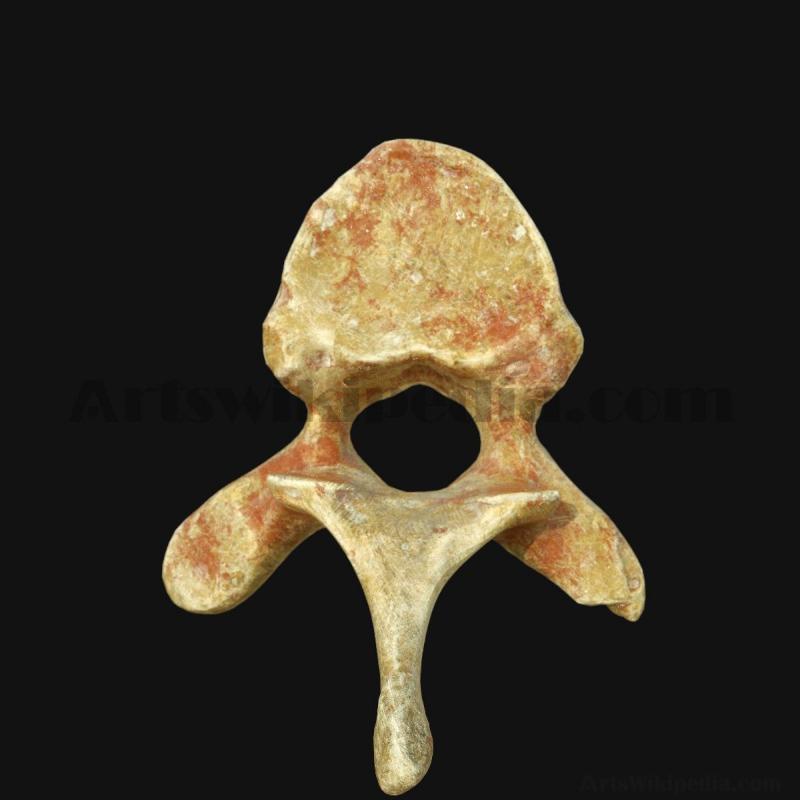 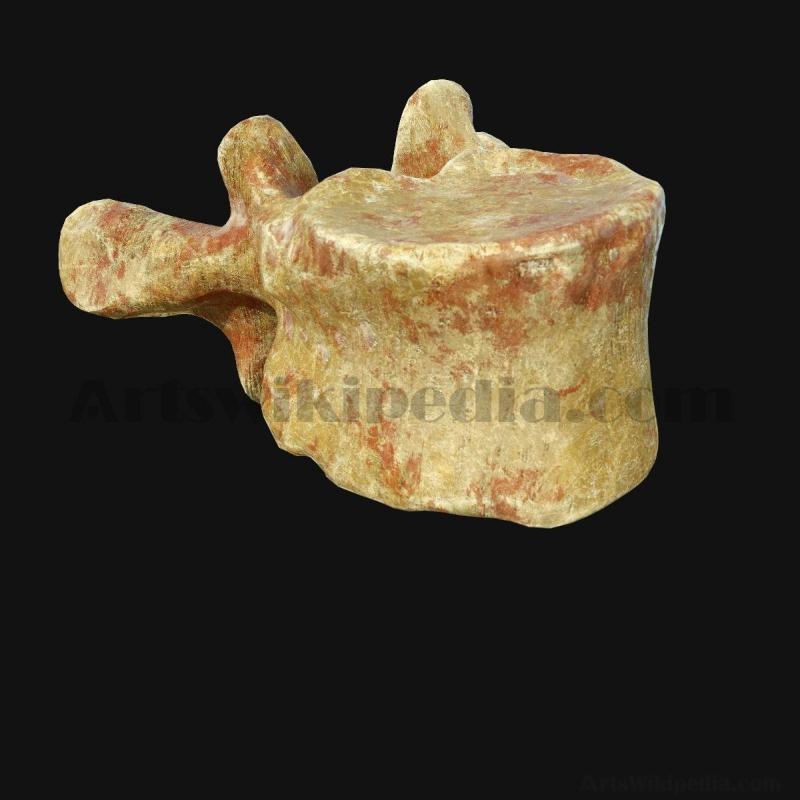 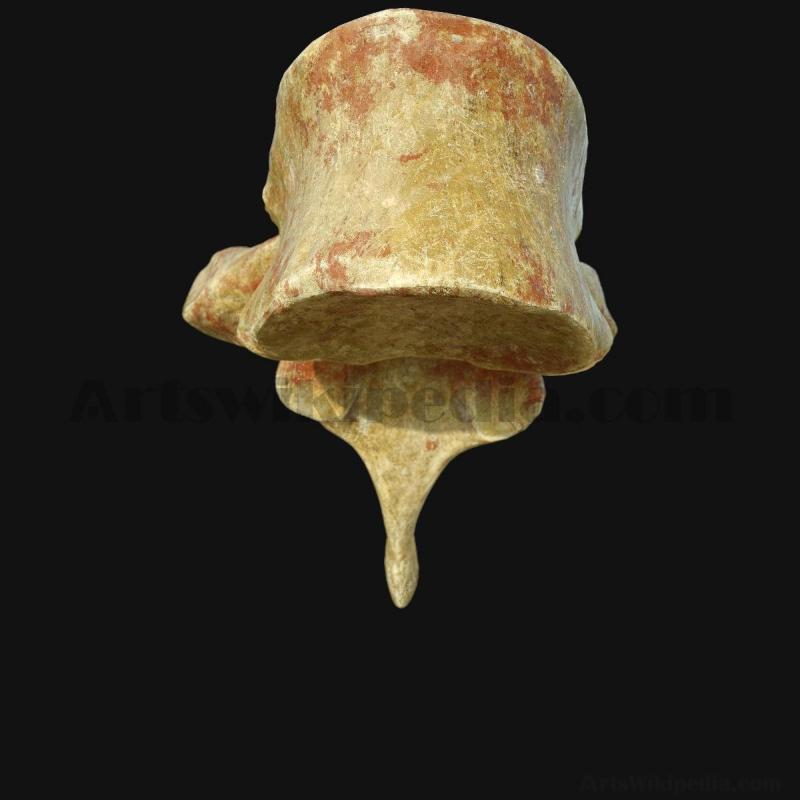 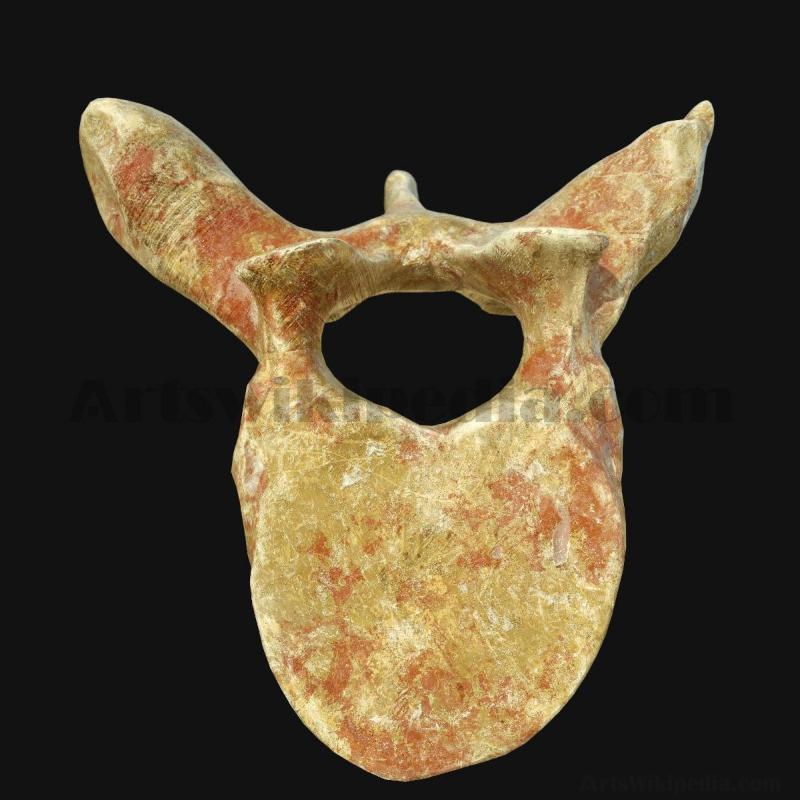 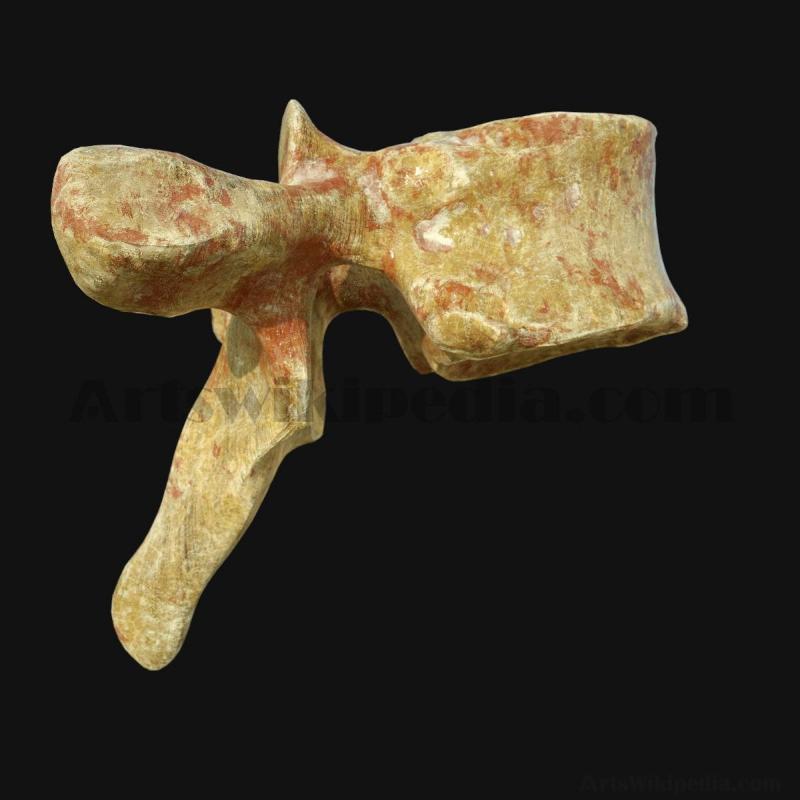 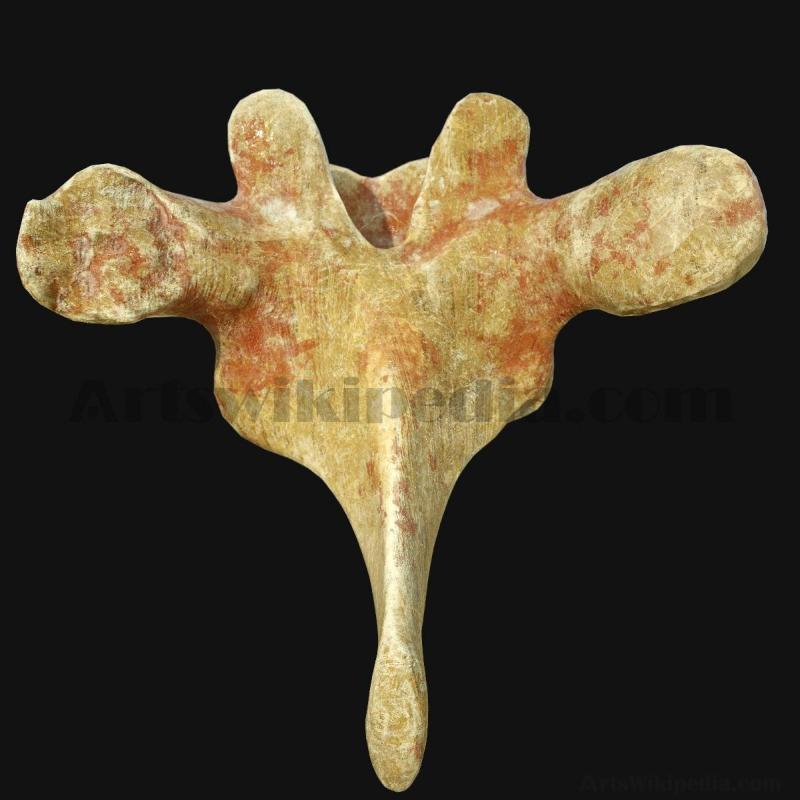 3D Thoracic Vertebra Model Sculpted in Zbrush The model is ready for 3d print Available file type c4d and obj, if you want another extension just ask 3D Thoracic Vertebra Model rendered inside c4d using octane render Texture included: 3D_Thoracic_Vertebra_AO.jpg 4096*4096 3D_Thoracic_Vertebra_Color.jpg 4096*4096 3D_Thoracic_Vertebra_Height.jpg 4096*4096 3D_Thoracic_Vertebra_Normal.jpg 4096*4096 3D_Thoracic_Vertebra_Roughness.jpg 4096*4096 Medical Info General characteristics These are the general characteristics of the second through eighth thoracic vertebrae. The first and ninth through twelfth vertebrae contain certain peculiarities, and are detailed below. The bodies in the middle of the thoracic region are heart-shaped and as broad in the anteroposterior as in the transverse direction. At the ends of the thoracic region they resemble respectively those of the cervical and lumbar vertebrae. They are slightly thicker behind than in front, flat above and below, convex from side to side in front, deeply concave behind, and slightly constricted laterally and in front. They present, on either side, two costal demi-facets, one above, near the root of the pedicle, the other below, in front of the inferior vertebral notch; these are covered with cartilage in the fresh state, and, when the vertebrae are articulated with one another, form, with the intervening intervertebral fibrocartilages, oval surfaces for the reception of the heads of the ribs. Thoracic vertebrae The pedicles are directed backward and slightly upward, and the inferior vertebral notches are of large size, and deeper than in any other region of the vertebral column. The laminae are broad, thick, and imbricated – that is to say, they overlap those of subjacent vertebrae like tiles on a roof and connect with the pedicles to surround and protect the spinal cord. The intervertebral foramen is small, and circular, with two at each intervertebral level, one for the right and one for the left exiting nerve roots. The vertebral foramen is the large opening posterior to the vertebral body also known as the spinal canal. It contains and protects the spinal cord at the thoracic level. The spinous process is long, triangular on coronal section, directed obliquely downward, arising from the lamina and ending in a tuberculated extremity. These processes overlap from the fifth to the eighth, but are less oblique in direction above and below. The superior articular processes are thin plates of bone projecting upward from the junctions of the pedicles and laminae; their articular facets are practically flat, and are directed backward and a little lateralward and upward. The inferior articular processes are fused to a considerable extent with the laminae, and project but slightly beyond their lower borders; their facets are directed forward and a little medialward and downward. The transverse processes arise from the arch behind the superior articular processes and pedicles; they are thick, strong, and of considerable length, directed obliquely backward and lateralward, and each ends in a clubbed extremity, on the front of which is a small, concave surface, for articulation with the tubercle of a rib 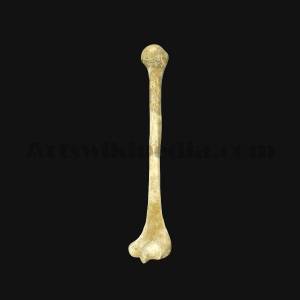 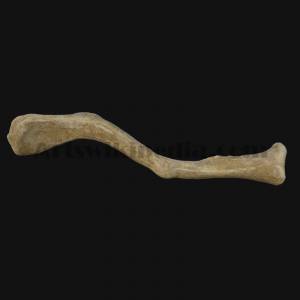 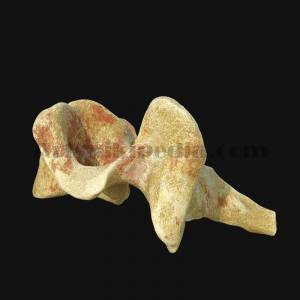 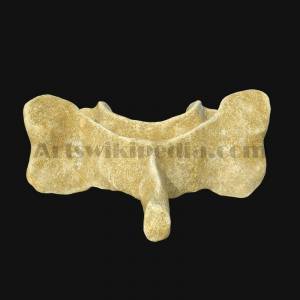 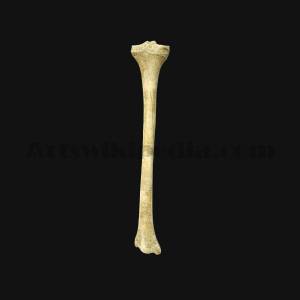 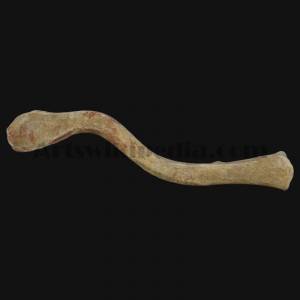